Share on facebook
Share on twitter
Share on linkedin
Share on whatsapp
Is it time for a women's health institute? "We can no longer fail to recognise and address the fact that inequity by gender is a major challenge in this country with key health and wellbeing impacts, especially for women," says Prof. Helena Teede. 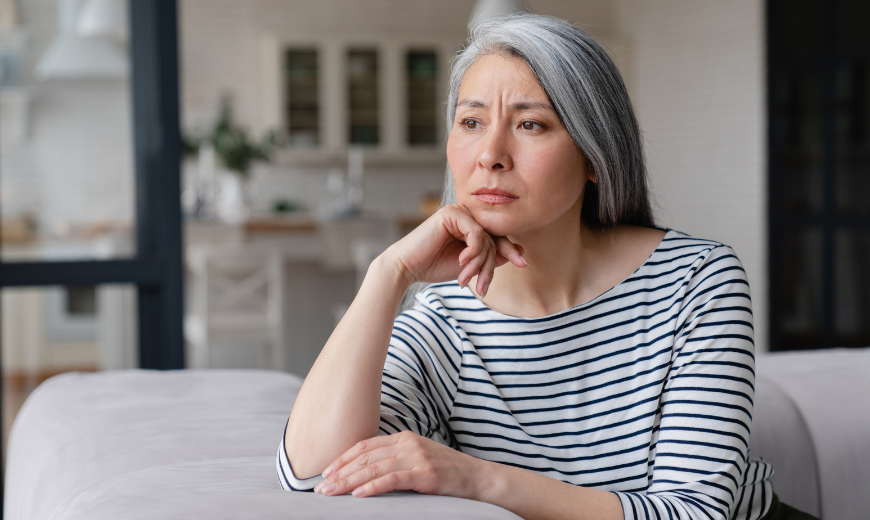 It’s well-known that the middle years for most women are a perfect storm of competing stresses, from intergenerational caring, to hot flushes and cooling libidos.

But what’s surprising is new data in our paper, led by Joanne Enticott and Graham Meadows, Mental Health in Australia: Psychological Distress Reported in Six Consecutive Cross-Sectional National Surveys From 2001 to 2018, which shows middle-aged women have gone from a place of relative mental calm, to reporting the highest level of serious mental distress.

So, what is distressing middle-aged women?

One clue is income. This dramatic rise in mental distress is closely associated with financial insecurity. A large portion of Australian women grow poorer as they move along a socially and politically engineered, gendered poverty trajectory.

“Older women are reaching retirement age in the realisation that a lifetime of lower financial opportunities has compounded into retirement years living below the poverty line.” – Emily Callander, Health Economist.

Women face a cascade of gender-specific financial assaults across their lifetime, resulting in a reverse-wealth trajectory. The assaults are so deeply entrenched that more than a third of single women will live in poverty by the age of 60.

“I have worked all my adult life, only to come to the end and find I have very little to show for it.” – Kristine, 62

We’re told that the Australian dream means the harder we work the richer we become. However, a large proportion of Australian women, despite a lifetime of hard work, will end up with meagre retirement savings and few assets, and will be at high risk of slipping quietly and invisibly into homelessness and poverty.

Conversely, men’s wealth accumulation starts early and generally builds without interruption across their working life. Starting their working lives on a higher income and moving more quickly than women to higher-income positions not only maximises their ability to purchase assets, but also boosts their superannuation saving early, which yields greater returns at retirement.

The poverty trajectory for women is the culmination of many, seemingly unconnected factors, rather than one single issue. Factors such as a persistent and pervasive pay gap across women’s working life, a tax system favouring high-earning males, and lower superannuation payments in lower-paid, insecure jobs. Add to this, time out of the workforce for parenting, and you have a slow-building but inevitable path to gendered poverty.
Women working towards poverty.

On the current trend, neither our daughters nor five generations of their offspring will live to see the gender pay gap closed. The pandemic has exacerbated gendered disadvantage by adding 36 years to reach gender pay parity (now at 136 years). Currently, women in Australia earn $255.30 less than men each week.
The gender pay gap adds up to women losing more than one million dollars over a lifetime.

Things are not improving

Australian women’s ranking on the Global Gender Gap Index went into freefall in 2021, dropping from 44 to 50 (behind Zimbabwe and Montenegro).
High-level mental distress rate for Australian women as measured in national health surveys. The Global Gender Gap Index is reported by the World Economic Forum. Australia’s ranking within 156 countries is shown; for example, in 2006 Australia ranked 15th, and in 2021 has dropped to 50th.

The opportunity costs of caring

Career breaks to care for children have multiple impacts on women’s wealth accumulation. There’s loss of salary while out of the workforce, and loss of superannuation accumulation, but also the opportunity costs of job promotion, connection to professional groups, moving into senior positions.

Whilst the gender pay gap is present in all industries, a large portion of women will work in female-dominated industries (health and education) that have lower salaries on average, including their base salary and total remuneration, when compared to males.

In recent years, we’ve seen the winding back of the progressive tax system to one that rewards high-income earners. Recent changes have lowered the tax paid by the top earners (twice as many men in this group as women). Therefore, for every $1 of the tax cut that women get, men get $2. A gendered analysis shows women will receive about half the benefit compared to men, with the average annual tax cut for a man to be $1430, while for a woman at $730.

About one in three women from the age of 15 have experienced abuse from a current or past intimate partner.
Women’s financial health suffers within, and after leaving, an abusive relationship, with about one in five women moving into financial hardship.

Women are twice as likely to experience financial abuse, particularly where disability is present. Economic abuse is a form of intimate partner violence, and can involve economic control, economic exploitation, and employment sabotage. It represents a significant barrier to women leaving violent relationships. Women aged 30 to 59 reported the highest prevalence of economic abuse overall.

And, for the women who do leave an abusive relationship, they’re more likely to receive a smaller share of the couple’s wealth while having financial responsibility for children, and may suffer abuse of the legal system by a partner who prolongs the legal process of wealth-splitting.

Women’s risk of all forms of intimate partner abuse has substantially increased during the pandemic – women reported either first-time abuse, or exacerbation of abuse, within their intimate relationship during this time.

The wealth of women is still very much dependent on their partner’s income. Single status in older women is synonymous with financial disadvantage.

Single Australian women over 60 are the most likely household to live in poverty, earning less than $30,000 a year.

The impact of divorce on men generally causes short-term interruption to wellbeing, while women chronically spiral into disproportionate household income losses and increased risk of poverty, homelessness and single parenting.

The number of older homeless women in Australia increased by more than 30% between 2011 and 2016 to nearly 7000, the fastest rate compared to any other group.

“I am in my early 60s and I know I can never retire. When I stop working, I will stop having a roof over my head and food on the table.” – Gillian, 63.

The results of our study, showing the rise in serious mental distress in older women, should serve as yet another red flag to leaders and policymakers.
Just over a year ago, more than 110,000 people took to the streets around Australia and said enough was enough.


Enough of silencing the voices of women on abuse, enough of the lack of equal representation, and enough of a system that culminates in a large portion of women living in hard-earned poverty.

The reverse-wealth trajectory women experience is indefensible and must be addressed as a matter of urgency. We need coherent policies from government and business leaders that deliver gender equality in wealth creation.

Is it time for a women’s health institute?

Professor Helena Teede, Director of the Monash Centre for Research Health and Implementation (MCHRI), says we can no longer fail to recognise and address the fact that inequity by gender is a major challenge in this country with key health and wellbeing impacts, especially for women.

“The reverse-wealth trajectory women experience is indefensible, accelerating, and must be addressed urgently. We are seeking bipartisan support for a national institute to drive evidence-based, women-centric policies from government and business leaders that deliver gender equality in wealth creation to improve subsequent health and wellbeing for, and with, Australian women,” Professor Teede said.

Monash University is working to establish a national institute to support women of all ages.  It will work across the social determinants of health with a strong focus on financial insecurity and equity to optimise health and wellbeing. 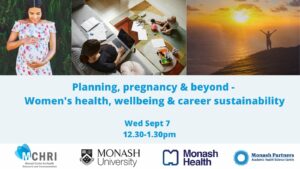 Planning, pregnancy and beyond – Women’s health, wellbeing and career sustainability.

Are you considering having a family, are pregnant, or already a parent? Chances are you’re 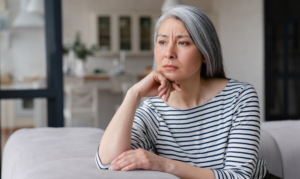 Is it time for a women’s health institute? “We can no longer fail to recognise and address the fact that inequity by gender is a major challenge in this country with key health and wellbeing impacts, especially for women,” says Prof. Helena Teede. 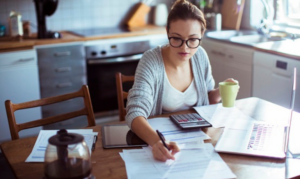 One in five Australian women aged 55 to 64 have high levels of mental distress associated with financial insecurity, an increase of 40 per cent in the last 20 years, according to an analysis led by Monash University.